You are here: Home1 / About AYSA2 / Our Projects3 / Young House 30th Birthday

In reference to the event, AYSA’s CEO Rick England stated, “This event was a great opportunity to celebrate AYSA’s contribution to youth at risk and youth homelessness over 30 years. Albany Youth Support Association has a unique responsibility in the Great Southern Community providing crisis accommodation support, early intervention and long term transitions for young people moving out of homelessness. 42% of the homeless population are under 25 years of age and when we consider the long term impact of this on the next generation, the cost to the our society it is very significant. The most vulnerable and our greatest asset are young people and children. Children and young people are the decision makers of tomorrow and opportunity and aspirations are everything”.

During the event, a marquee tent housed the Open Access ‘Pop Up’ art exhibition shows casing the works of Albany’s young people. The majority of these masterpieces were available for purchase via a silent auction, with many selling. Additional features of the event involved face painting, balloon animals, the City of Albany sea container glow/dance space and the Albany’s Library offered outdoor games and a few selected games inside.

Following sunset, various projections were shown on a big screen. These included a special video dedication to Young House from John Butler and Mama Kin, a song about homelessness titled “Jenny”. This song has not previously been released, with this being the official launch. A historical slide show of Young House, youth arts projects including making of the Dog Rock ANZAC mural art installation and other studio activities were shown. 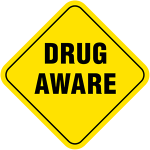